Introduction: Misidentification of pharmaceutical products and their components (APIs and excipients) threatens their safety and efficacy. This affects consumer confidence in these commodities and, in turn, the economic well being of pharmaceutical companies. Characterization of the natural batch-to-batch stable isotopic variation of such materials provides a means to "fingerprint" individual API lots. We explore the use of bulk stable isotopic analyses (BSIA) of API materials as a highly specific means of identification as they are manufactured and compounded into drug products for distribution in the marketplace.

Methods and Instrumentation: We analyzed twenty samples of four APIs from as many as five manufacturers and as many as five individual batches to determine their isotopic provenance. The stable-isotopic composition of this suite of APIs was examined using Isotope Ratio Mass Spectrometry (IRMS; Fig. 1). The purpose was to determine whether IRMS can distinguish between APIs produced by different manufacturers and between different batches of the same API produced by the same manufacturer. In particular, four sample sets were created from ‘pure’ pharmaceutical materials. Each sample set represented a single API and consisted of five identical vials of ostensibly the same material to be isotopically analyzed. 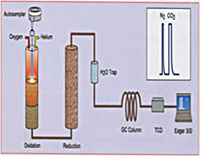 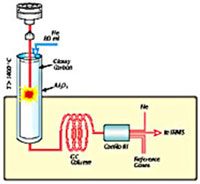 The sample sets were distinguished as follows: 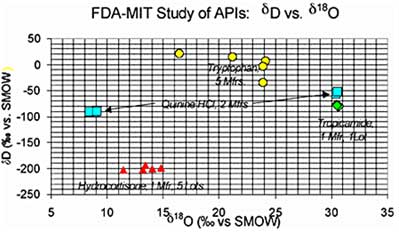 Fig. 2. Bivariate plot of stable isotopic composition (δD vs. δ18O) of the API sample suite mentioned in the text.

Such characterization should be useful in the mitigation of counterfeiting, countertrading, vicarious liability, theft, and patent-protection of synthetic pathways.